Now, thanks to the new dog groomers in St.Ives, our pooches can get in on the act too as our little chap found out at the weekend. As it was a much needed day off after a busy week at the Attic Cellar Treatment Rooms, we decided that despite the rain (“it’s just a shower, it will dry up by the time we get there” – it didn’t) a little trot along Hain Walk down onto the beach at Lambeth Walk and round to Bamaluz to take advantage of the very low tide, would be a great way to spend Booday (that’s Sunday to those of you who don’t have a spoilt little dog called Naboo). After much ball chasing, swimming, barking and general sand immersion, we took a wander up Fore street and turned in to Cyril Noall Square to visit the crystal shop. When we came out we noticed that the the unit opposite had been transformed into The Scrub Yard Pet Spa. Great name I thought and it looks lovely, all woody. Needless to say, I felt compelled to stop and have a chat to see how business was going and ended up leaving Boo there for a captain’s best pamper package with all the trimmings which included a Les Pooch shampoo and creme rinse, a blueberry facial, and an application of Wildwash Paw Balm … this for a little dog who’s only ever managed to tolerate one very quick trim from the groomers and a few brief attacks with Ian’s beard trimmers on the kitchen table while being bribed with chicken. So after Jo, his personal groomer, took his details and our mobile number in case he was too much of a horror, we were told to come back in 2 hours. ‘2 hours!!’ we said to ourselves as we scuttled away trying not to catch his eye, ‘he’ll never manage 2 hours of being fussed over and fiddled with’. We were wrong. We spent the time wandering around in the rain with a bag of chips feeling guilty and anxiously waiting for the phone to ring with a request that we come and get him because he’s freaking out. HE, it turned out, spent the time being shampooed, blow dried, clipped, styled and anointed with a variety of fruity substances whilst being fed treats and reassurance by Maggie, Jo’s mum, who had just popped over in her lunch hour to say hi. Here he is before: 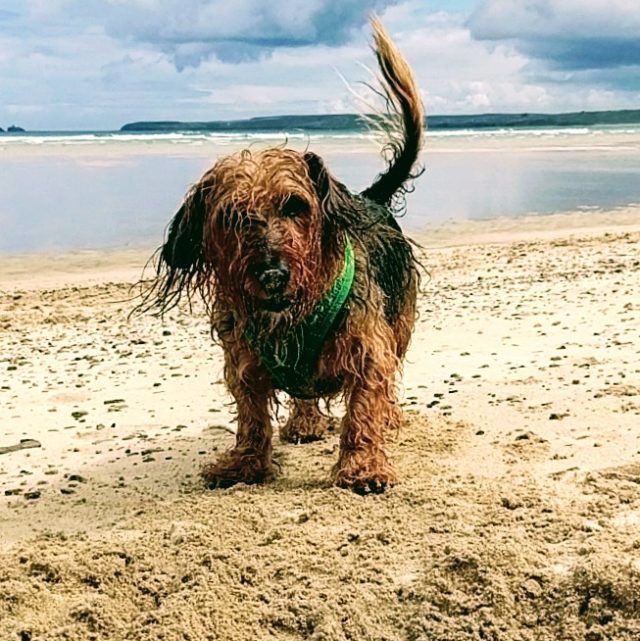 And here he is after: 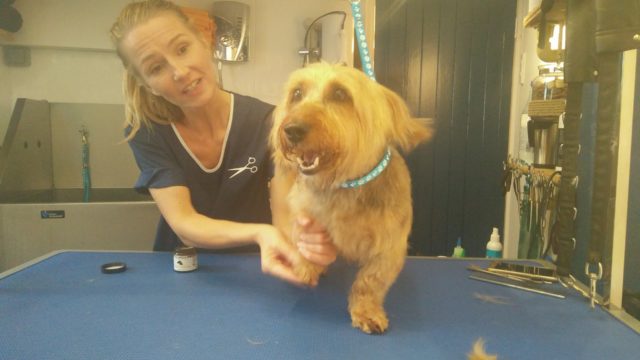 …maybe we picked up the wrong dog.

We have some flyers for The Scrub Yard here at the Attic Cellar which give you 10% off if you’ve missed the August offer.